YesCymru announces the appointment of a Chief Executive

YesCymru is proud to announce that it has appointed Gwern Gwynfil to the new role of full-time Chief Executive Officer (CEO). 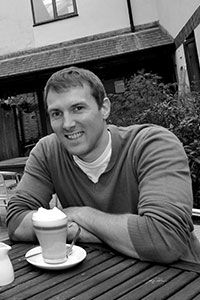 YesCymru is proud to announce that it has appointed Gwern Gwynfil  to the new role of full-time Chief Executive Officer (CEO), reporting to the organisation's National Governing Body (Board of Directors).  As CEO, he is responsible for the day-to-day running of YesCymru and for the implementation of its strategy for achieving independence for Wales.

Gwern, 48, is solidly committed to the cause of independence for Wales. He has a strong business background, having been Managing Director of Tregaron based family business, Rhiannon Cyf for 18 years. The family business was established by his mother, the gold and silversmith, Rhiannon Ifans, over 50 years ago and enjoys an international reputation.

Gwern graduated in history from Oxford and has a postgraduate diploma from Aberystwyth, and has worked across several organisations before returning to the family business in 2004. Gwern is a family man and is a proud father of 5 children.

“I’m looking forward to playing such a key role in the next chapter of YesCymru’s development. Contributing my energy towards the campaign for independence for Wales in a full-time role is an exciting prospect, it will allow me to make a real difference to a campaign that’s so close to my heart”

Gwern’s appointment as a CEO marks an important step in YesCymru’s growth and will significantly advance the cause of Welsh independence.

"We very much welcome Gwern to this exciting new role. Appointing a CEO is such a pivotal decision in developing YesCymru and the campaign for independence further. As we see from what’s happening in Westminster, the case for independence is growing stronger by the day, and building a professional team to spearhead our organisation is key, appointing Gwern is a great step forward”

Gwern starts working with YesCymru today (5-September 2022), and with a huge turnout expected at the march for independence in Cardiff in less than a month, there are busy times ahead for Gwern and YesCymru.

First March for Independence in 2023!