The Time Has Come For Wales To Break Free - Roopa Vyas

As someone who has been a quiet advocate for Welsh independence who has only recently “turned official” by joining the ‘IndyWales’ movement on Twitter, I still have a lot to learn. It isn’t necessarily an easy decision that can be made instantly, but it is one that can be made to ensure a better future for Wales and its people.

I had my doubts. I am Welsh, but I do not speak Welsh fluently. I am of Indian descent and I was born in Wales. I have no Welsh ancestors, over many generations. Am I, really, the right person to be part of the struggle for independence? But if not me, who?

When you have been born in Wales, patriotism is not a choice. It is embedded in us from an early age, as we learn our beautiful language and traditions in school, and it grows within you. I moved away from Wales to go to university and I think that is when my patriotism came to the surface. Amongst students from England and Ireland, I felt duty bound to promote and to defend Wales in all spheres: football, rugby, and politics. I felt that I was in a city where I could voice the pain and anger I felt towards the government as Wales and Liverpool have so much in common on many levels. During my time in Liverpool, I started to understand the cruel effects of “Thatcherism” and austerity. This is a city that still feels the effects of Tory cuts to this day and people have suffered in so many ways as a result. Scousers don’t want anything to do with England, and you can’t blame them. 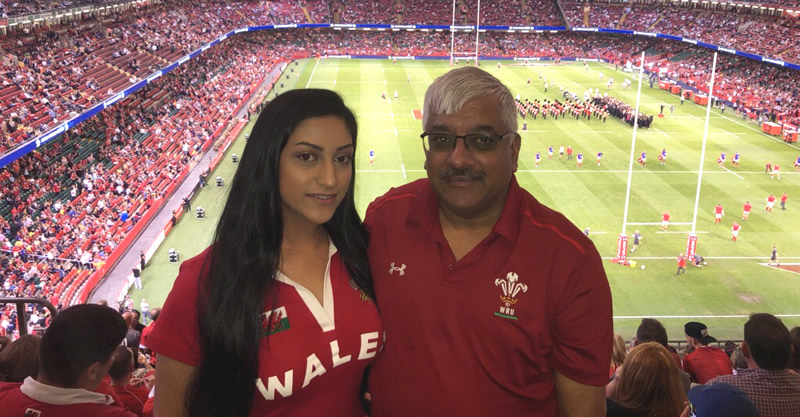 I truly feel it’s a privilege to be able to say “I’m a Welsh woman” – it’s a country filled to the brim with all sorts of culture, nature and spirit, but Wales has always been undermined by those in control in Westminster, as we witnessed recently during the coronavirus pandemic. The Welsh Government’s free-willed attitude to easing lockdown more cautiously has demonstrated their ability to act without impediment and to make positive choices for the people of Wales, which has resulted in more positive outcomes, as reflected in the lower death rates in this case. I believe that this is the case because of the Welsh Government’s more guarded approach, compared to the mismanagement of the Westminster Government, as they clearly prioritised health and public health interests above economic interests.

It has already been confirmed that Wales will not receive any new money to invest under the UK Prime Minister’s post-coronavirus recovery plan. Why is Wales neglected and the wealth concentrated in London? It’s about time the dragon put its foot down and declares that enough is enough. The only way that “little old Wales” will be taken seriously by Westminster politicians is if we stand up and put ourselves first. It is entirely reasonable for the Welsh Government to have control over decisions that affect Wales directly.

Three million Welsh people deserve to be heard. There are many issues that need to be addressed and they should be resolved with the interests of Wales in mind, by a Welsh government. We deserve a future of hope and ambition, not economic decay and a lack of authority to do anything to change things. The “United” Kingdom is obviously far from united at present and with the dawn of each new day, we witness more and more reasons to be part of the growing independence movement.

All of the above has drawn me to seek more information about the future’s potential for Wales. I had heard about YesCymru in messages from friends on social media. One day, something clicked in my head and I decided that I needed to do something myself to force change rather than just thinking about it from time to time, even if that meant no more than spreading the word through social media.

It’s time to wake the dragon. Independence for Wales.