YesCymru has released the findings of a YouGov opinion poll commissioned this week, which shows that a third (33%) of the people of Wales who had a view would vote for an independent Wales if a referendum was held tomorrow.

“Support for independence is the strongest it’s ever been, with 33% of the people of Wales now saying that they would vote for Welsh independence if a referendum was held tomorrow. That’s a 6 point increase from January, and a massive 11 point increase since December last year. 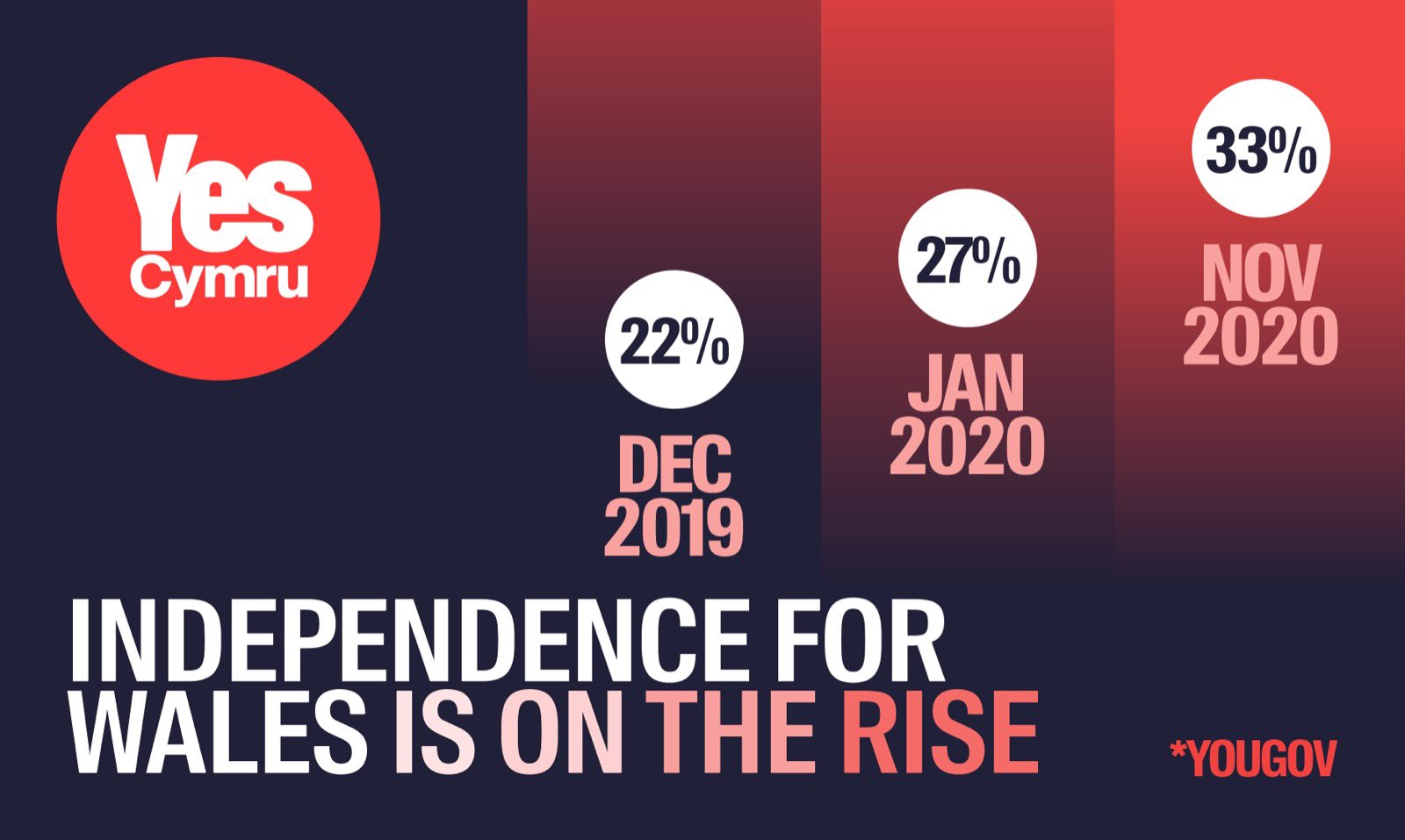 “It's very clear that more and more people are coming to the conclusion that Westminster doesn’t work for Wales. We’ve seen this not only with the poll results, but with a huge surge in YesCymru membership, recently hitting 15,000 paid up members, where we were at around 2,500 in January. That’s more members than nearly every political party in Wales.

“In light of Boris Johnson’s comments on devolution being ‘a disaster’, and our recent poll that showed 59% would vote for devo-max in a referendum - a move that stops just short of independence - it really is time for the Welsh Government to get serious about what it wants to happen, and make its constitutional position clear. The status quo just isn’t an option anymore.

“People want change, but that change won’t come from Westminster. Change is happening in the minds of people across Wales, but with the Senedd elections on the horizon, it needs to be reflected in the members voted into the Senedd. Wales has to vote for people who won't wait for orders or favours from Westminster, we have to vote for the change we want.

All figures discount those who responded with ‘Don’t Know’, ‘Refused’ or ‘Would not Vote’.