Our return to Cardiff for the 2nd independence march of 2022  is fast approaching - here is the information you will need!

The march itself will set off promptly at 12pm on the 1st October from Windsor Place.

YesCymru and AUOBCymru are encouraging attendees to meet from 10.30am and bring banners, drums and instruments.

This is the route of the march - it's about a mile and a half – long enough for us to see some of the sights of Cardiff, and more importantly,

for people to see and hear us. 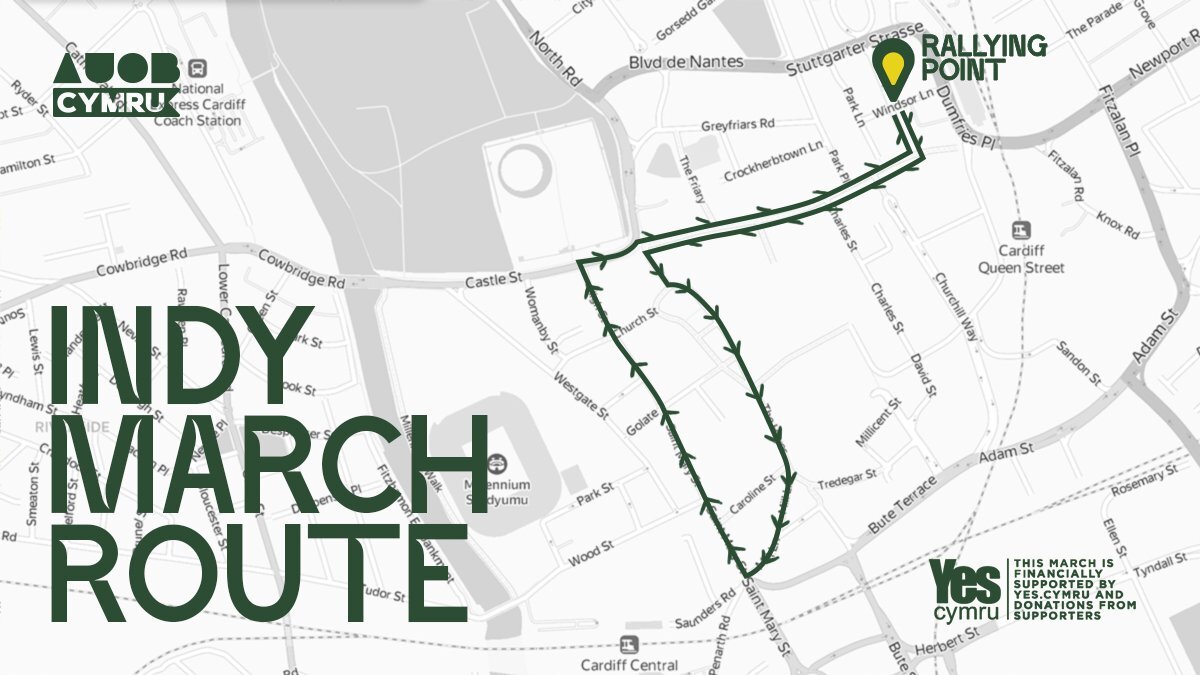 Our speakers for this rally will be...


The National Union of Rail, Maritime, and Transport Workers (RMT) has announced two days of strike action will take place on Saturday 1 and Saturday 8 October, across Network Rail and 15 train operators.

Some YesCymru groups have organised buses, you can get the details and book a seat on the YesCymru shop.

Goods from the YesCymru shop

Don't forget that the YesCymru shop will sell all the merchandise needed for a successful march.
Order by 12pm on Wednesday 28/09 to get your merchandies in time for the march.

There will be also be a YesCymru stand in Windsor Place for the march, and you can stock your cupboards with all sorts of YesCymru goods ready for the rest of the year!

Don't forget to take pictures of your journey to Cardiff and the march itself, and share them with us on social media, or with [email protected]yes.cymru.

First March for Independence in 2023!