Banners on Beaches, Boats and Lighthouses

Yes Cymru's Banners on the Beaches campaign had a spectacular reception on Wales's best beaches over the weekend.

From the famous Talacre lighthouse in the northeast, to the Burry Port lighthouse in the southwest; from Penarth to Dinas Dinlle, members raised their flags to protest against the Crown Estate's ownership of our beaches, foreshores and waterfalls.

Members and groups came together to highlight the injustice that allows the Crown Estate to financially benefit from its ownership of the coast, ports and seabed around Wales.

Revenue and profits from the Crown Estate flow directly into the UK Government's coffers at Westminster as they control all revenue generated from the estate, with 25% being allocated directly to the Crown as part of the Sovereign Grant. 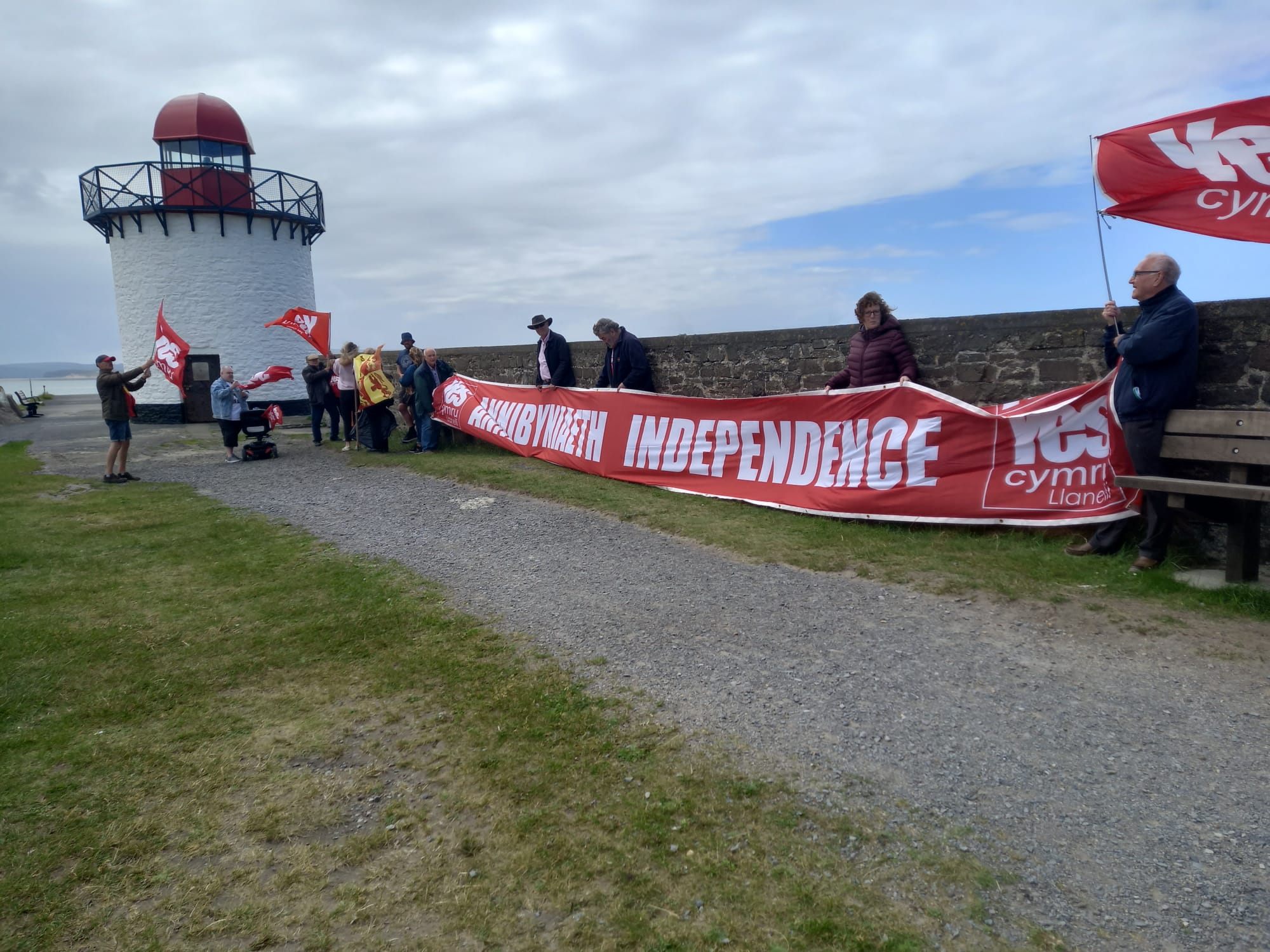 In 2020-21 there was a 522% increase in the value of Crown Estate assets in Wales as a result of leasing offshore renewable energy schemes.

"It is quite unjustified that millions and millions of pounds are leaving Wales, once again our natural resources and landscape are being exploited for the profit of someone else. Over the next few years there will be a huge increase in the marine renewables sector, this revenue could be invested in our coastal communities which are some of our most deprived areas.

"In 2016 the Crown Estate in Scotland was transferred to the Scottish Government and revenue raised is spent in Scotland. It is high time we made our voice heard in Westminster, that Wales should benefit directly from the Welsh Crown Estate and control it, not the UK Treasury.”

Over the weekend the groups were on the beaches of Talacre, Dinas Dinlle, Aberystwyth, Haverfordwest, Llansteffan, Burry Port, Swansea, Porthcawl, Penarth, and at the Merthyr Rising festival. Members engaged with residents and tourists on the issue, and there was overwhelming support for the campaign. 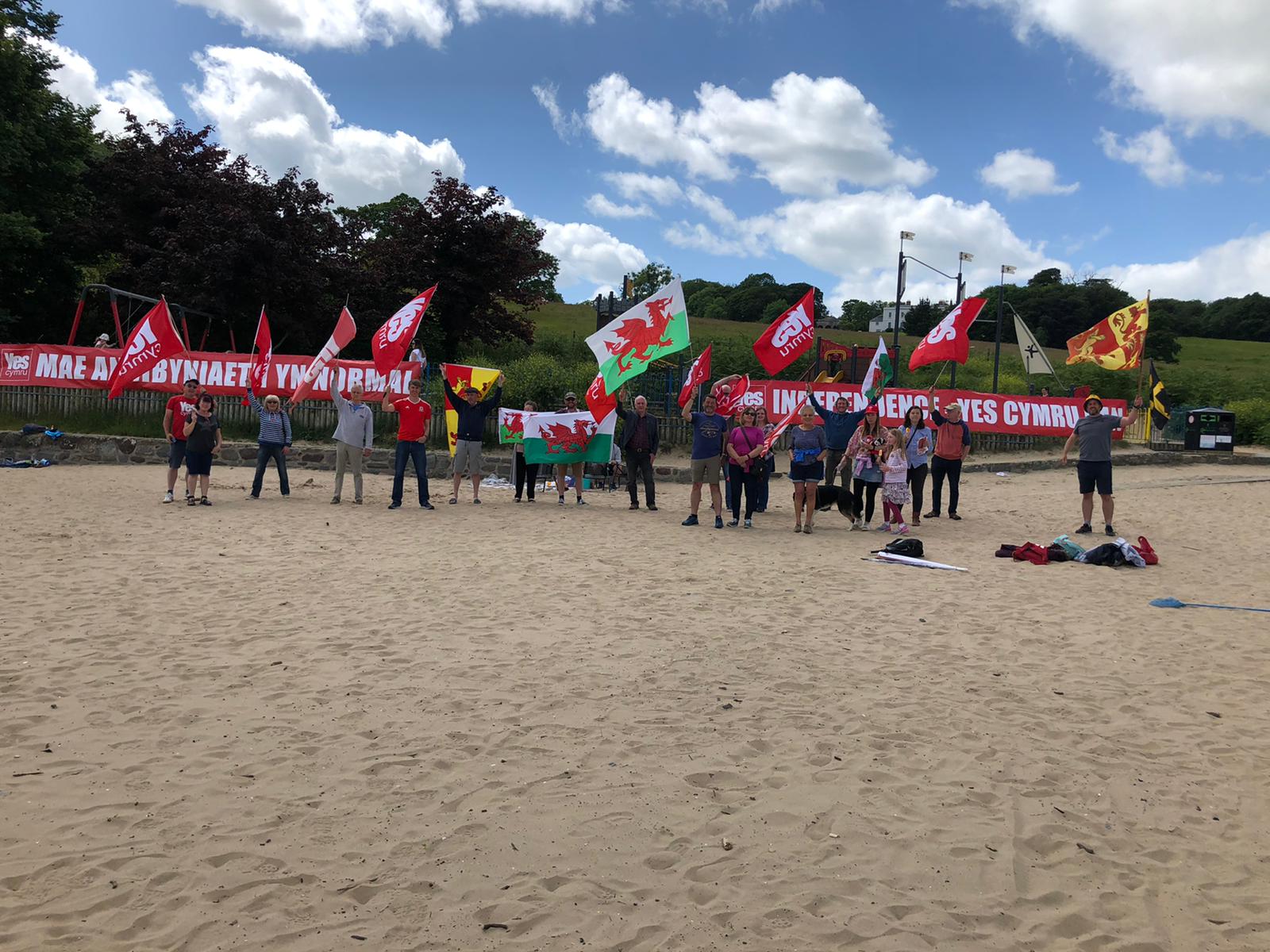 Cardiff March for Independence - Thank You