Given that water surrounds us, runs through us and drops down in such volumes upon us, we should be more aware than most of the point at which a trickle turns into a stream. We know a flood when it is ordered upon us. Or a drip. The last little flourish of the original “Cofiwch Dryweryn” was the slide of paint too wet to defy gravity on the night it was applied.

So, how’s our flow going? Do we yet press against the banks that have contained us for centuries? We are perhaps not a torrent, but there is a weight to the movement now and as any tiler will tell you, once water is on the move it will find a way through.

What exactly is on the move? It is not nationalism. Franco of Spain was a nationalist and the cruellest militias in the post-Soviet Balkans called themselves nationalists. Nationalism, it is true, claims to be a cleansing force, but it is more about eradication than nation-building. Ethnic-cleansing is a stain upon the word’s definition, but one which won’t be easily erased. Please, may we seek independence for Wales, but not (and with humble apologies to the Ns in the SNP) as Welsh nationalists.

For our movement to become irresistible we have to find what binds us, not pick at the sores that are supposed to make us wary of getting too close to each other. In short, the English-speakers of Wales need to jump in and feel welcome at the swimming club. 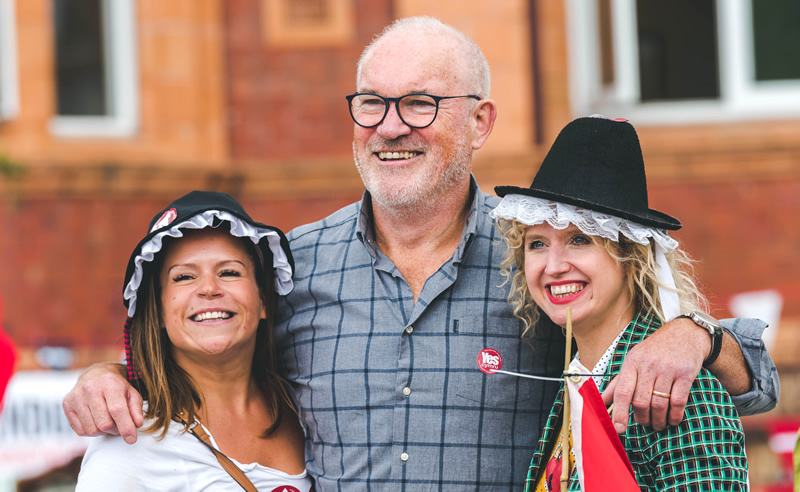 I know there’s a lot of water in this piece, but I come to it relatively fresh from finding myself on top of the Blorenge Mountain and standing on the edge of the Keeper’s Pond. It would be an exaggeration to say there was

a teeming crowd of women taking to its wintry waters, but there was a regular convoy of costumes (not a wet-suit in sight) into the peaty depths. And not just for

a brief burst of strokes and out again, but for all the time it took to do multiple lengths of this old reservoir, that used to feed the balance-tower at Blaenavon Ironworks.

There was no rush. The swimmers had plenty of time along the way to discuss the family, the plans for the week and what’s to be done about America. Here was courage at play, single-mindedness at work – and everyone having fun in

a bracing kind of way. It sort of said YesCymru to me.

So, please, come on in. I was a bit reluctant at first – to give public expression, that is, to private thoughts long held – but for all the chill in the air, the Merthyr March was one of the most heart-warming days of my life.

We are paused for the moment because of the pandemic. Fear not, we shall march again. There is a long way to go and it may grow a little cold at times. We’ll certainly get wet on occasions. But it will be, I promise you, the journey of our lives.