When I stepped off the stage in a Manchester comedy club in March 2020, it didn’t cross my mind that it might be the last time, so far, that I faced an audience. But now, as the world starts to think about getting going again, comedians too are looking forward to venturing out into the spotlight once again.

One source of anxiety for many comedians is the fact that the world has changed so much that a few of their old stories and jokes are no longer relevant, and will not hit the mark, (that’s what my excuse will be anyway) we’ll see. We will certainly have to make an effort to reconnect with the audience, and the best way to do that, I think, is to rethink and rewrite material that is not only funny, but is also relevant to the so-called ‘new normal’.

This, I believe, is also the challenge facing those of us who support independence for Wales. 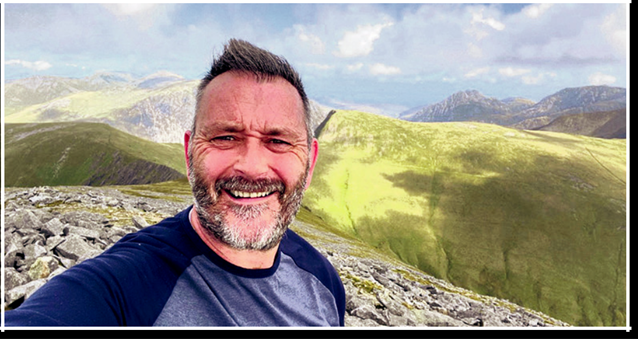 Not in a quest for laughs, but bearing in mind what the country has experienced recently, to rethink our message and to reconnect with the ‘audience’.

The usual beat of our lives changed during 2020 and with that, came a valuable opportunity to take an objective look at our priorities, our communities, and to consider our future.

Similarly, the priorities of many of our political establishments were exposed during this crisis, and that has proved to be quite a revelation, although it hasn’t been entirely unexpected.

There’s no doubt that the Government in England has had very different priorities to those of the other nations in the union.

The end of the pandemic has been compared to the last scene in a disaster movie, with people stepping out into the light determined to build a better world and a better society. Unfortunately, if we are to continue with this cinematic comparison, we have to face the inevitable fact that a ‘sequel’ called Brexit is going to hit us. However, the comparison does convey what has happened to us here in Wales. There’s a definite sense of awakening and there’s a desire for change.

The effects of the pandemic coupled with the economic harm that will be caused by Brexit will mean that the end of the United Kingdom, as we know it, is inevitable, so independence for Wales is a topic that will gain prominence in the near future.

That is why we need to be ready. In the same way that I have to prepare my new comedy material for the next few months, I must also prepare as a supporter of independence to connect and to identify with as many of my fellow Welsh people as possible, from all backgrounds and all languages.

This past year has laid many challenges ahead of us but it has also offered us an opportunity. The future is in our hands, and the momentum for independence is growing every day. As the question has now changed from “How can Wales be independent?” to “How can Wales not be independent?” we have the material to be able to step out confidently on any stage, to win the argument and to ensure that there is forever Wales.