Mike Jenkins' Poem at the AUOB March for Independence in Merthyr Tydfil on September 7 2019. 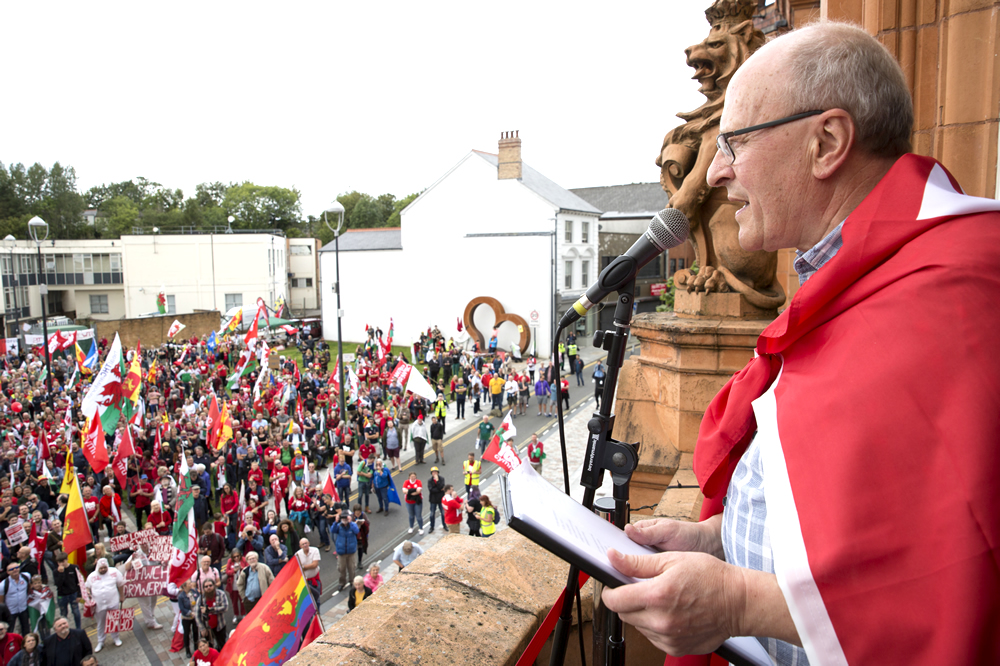 As a poet, I'm used to reading to slightly smaller crowds... in Llantarnam once, only the organiser and two women who'd come for the 'pottery'.

While this poem is about our colonial mentality, it's also inspired by the once thriving co-operative socialist community of New Lanark in Scotland (now a World Heritage Site). Established by the visionary Robert Owen from Newtown, it included no child labour, the first ever infant school, a creche and many other things including an education system which believed in the centrality of music and dance.

He may have been a paternalist and utopian, but the importance of self-sufficiency, parkland and allotments to this community was way ahead of its time (early 19th century).

I was so proud to be able to read this in my home town to a magnificent crowd of fellow Indy supporters and also to be part of an amazing team of people who were responsible for the march.

It’s there below y tair pluen
‘Ich Dien’, I serve –
too long gweision
down in basements and cellars
scullery maids and butlers
deferential and bowing.

Let’s make this house our own,
not some castle or mansion
but a modest dwelling
with grassy roof and panels,
more energy than we need.

Let’s open it up to visitors
who wish to stay or reside –
share the food
from a sufficient small-holding,
share good company of an evening.

Let’s build a bridge
with languages across that stream,
the surge of water
or dry beds teach us –
invite the lonely wanderers in.

Let’s call this house Cymru,
as we ceilidh joining hands
at the house-warming,
no more rent or dues,
we’ll look to garden oaks,
durable in the years’ ringing.

Listen to the Poem