‘Exciting’ is not a word you would most readily associate with the Covid pandemic, but whilst the past few months have alternated between boredom and horror, the increased interest in Independence coupled with the increase in Yes Cymru membership has been uplifting.

Being interested in politics is never going to make you cool, but seeing so many young people joining Yes Cymru clearly shows a shift in attitudes towards political matters amongst my generation. It’s going to take more than signing up and posting the photo on Insta, but it’s a start - and a good start at that.

I have been brought up to the sound of discussions on current affairs, but that does not mean that I have always paid attention. What did draw my attention to politics in a big way were the Black Lives Matter protests and also the discrimination suffered by young trans people - including friends of mine. I have also helped out occasionally on a local food scheme during lockdown, and this has got me thinking more than ever about the type of world I would like to see - and about the type of Wales I would like to live in. 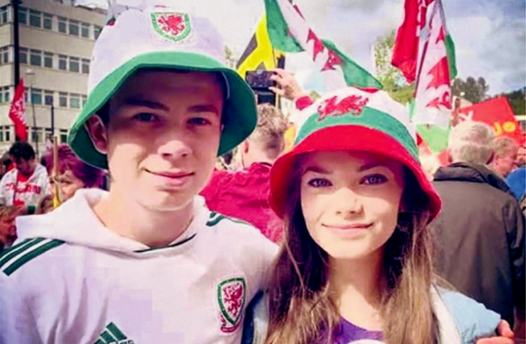 There is no place for racism or hate in the independent Wales that I want to see - and a free Wales must free people from poverty, or what is the point? My independent Wales is not a romantic concept that’s all dragons and banners - but a Wales that touches people’s lives in ways that deliver real improvements.

It is more important than ever that young people take action in pursuit of their desire for an independent Wales - and this year is the ideal opportunity to do so. 16 and 17 year-olds can vote in the Welsh Senedd elections for the first time – and it is vital that everyone who can do so does vote.

There will not be an independent Wales without a government in Cardiff that wants to see it come about, and we must bear that in mind when we vote. Party politics is not as attractive as the excitement that is associated with a campaign group, but both aspects must go hand in hand in order to deliver results.

I get the feeling that I’m living in an age of opposites - on one hand, there has never been a worse time to be a young person, with the loss of so many opportunities over the past year. However, we are faced with so many possibilities, but we must believe and take action – talking is not enough.