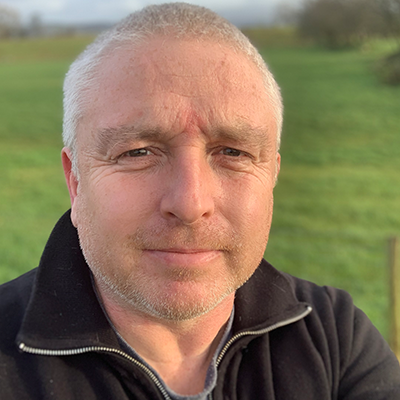 I am originally from the Nantlle Valley, but have lived for over a decade now in Llidiardau near Bala.  I'm married to Meleri and the father of three.  I graduated in Communications and Media in the mid-90s, working in the media for over a decade. I am now a professional photographer by trade, and founder and owner of the Panorama gallery in Caernarfon town centre for over 16 years.  My day-to-day work relates to a number of projects across North West Wales, and a wide number of international companies are among my regular clients.

I set up YesBala in October 2019 shortly after I joined the movement.  There was a feeling that a fundamental change was afoot in Welsh politics, and the inspirational AUOB marches that year gave me the confidence to develop to be an active member of YesCymru.  Despite the tough years of the pandemic for our campaign, I am confident that the group and the movement will go from strength to strength in 2022, and that the movement will be the cornerstone of Wales' battle for Independence.

By being selected at the YesBala delegate on the YesCymru Gweithgor I had an invaluable opportunity to play a part in the future of the movement, laying the foundations for the next steps in our growth and development.

During the Gweithgor process, I had the opportunity to work in detail on parts of the constitution that focus on communication.  I was the communications officer for the Gweithgor.  The professionalisation of communication is the cornerstone of my application to be elected as a member of the new National Governing Body. I am convinced that YesCymru can make great strides forward over the next few years, however, I believe that developing our strengths in the way that the organisation communicate internally and externally will drive this growth.  The greatest asset of the movement is the clear message of its campaign, and uniting the movement behind this message through clear, positive communication will ensure continued success and strengthen our campaign.

I am also interested in developing how YesCymru is targeting the campaign at specific elements of society, or sectors of the economy.  As Chair of YesBala, a group with agriculture at its roots, I look to lead campaigns to spread YesCymru's message to sectors like this.  This can coincide with other campaigns, for example, to engage with students, for example, or specific groups or minorities in society.

There is now a feeling that time is increasingly against us, and that we as a movement and a nation must change gear to ensure that Wales will thrive when the United Kingdom comes to an end.  Independence for Scotland and the unification of Ireland will give us as a nation the opportunity to ensure a better future for many generations to come, but we must all play a part in achieving this goal.

I am also an active member of 'Welsh Football Fans for Independence’.