Responding to the historic debate in the Senedd (Welsh Parliament) calling for Wales to have the power to hold an independence referendum, the Chair of YesCymru - the campaign for an independent Wales - Siôn Jobbins said:

“Life and politics in Wales is changing very quickly. Today sees the first ever debate on independence in the Senedd and the right of the Welsh Parliament to be able to decide on the future of Wales.

“The issue of an independent Wales is becoming more mainstream as people from different backgrounds see that the Welsh Parliament can do a better job of running Wales’ affairs than Westminster. 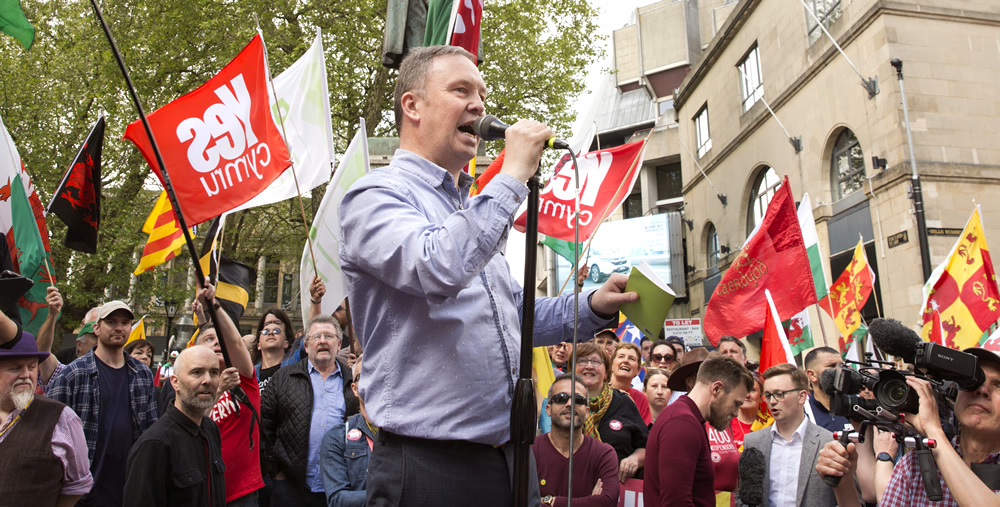 “YesCymru's membership has more than doubled since the beginning of the COVID-19 crisis to nearly 6,000, and we have seen a huge increase in support on social media.

“The independence debate is not confined to Plaid Cymru. The Welsh Barometer Poll (June 2020) showed that 37% of Labour voters in Wales support an independent Wales, and a delegation from YesCymru recently met Labour MS, Jane Hutt, for a general discussion on the need for the Senedd to have the powers to defend and promote Wales and also to chose its own future.

“With a Scottish independence referendum to be held in the next few years, and a likelihood of Ireland reuniting, Wales must grab its future and not be at the mercy of it."